Meet BOSH! and the duo behind the biggest selling vegan cookbook of all time – Henry and Ian have taken vegan and plant-based mainstream and now we’re proud to introduce them as Meatless Farm ambassadors.

They’ve now had over 2 billion views online, sold more than 1 million copies of their books and are the authors of five Sunday Times best-selling cookbooks.

Growing up in Sheffield, Henry and Ian became friends at secondary school and were very much meat eaters. Ian was the first to go vegan in early 2015, and Henry was quick to follow after they both watched Kip Andersen’s Cowspiracy documentary together. They now live and work together in London, creating delicious plant-based recipes that are shared across the globe.

BOSH! consider themselves to be ‘food remixers’ taking classic dishes and recreating them using nothing but plants.

A competitive bidding war between publishers resulted in BOSH! signing their first book deal with HarperCollins. Their award-winning book BOSH! was published on 19th April 2018, becoming the best-selling vegan cookbook of all time and best-selling debut cookbook of 2018. The book has spent 65 consecutive weeks in the Food and Drink Top 20 Chart. It also won the Non-Fiction: Lifestyle Book of the Year at The British Book Awards 2019.

In 2020, Henry and Ian fronted ITV’s ‘Living on the Veg’, the first vegan cookery series on mainstream TV. Every Sunday morning, Henry and Ian were joined by guests in the kitchen for their signature quick, delicious and fuss-free menus with wow presentations. In January 2022, BOSH! published their fifth cookbook ‘BOSH on a Budget’.

With delicious recipes and a relaxed approach, BOSH! bring their friendship into the kitchen to help surprise and amaze people with just how great plant-based food is.

Stay tuned for delicious new recipes as BOSH! cook up a storm with our plant-based products

The BOSH! boys recently popped Fridays to check out a whole host of their new plant-based options, which are now on the menu courtesy of Meatless Farm. From our Meatless Chicken Fri-jitas and Meatless Fridays Sesame Strips, to Meatless Chicken Tacos and Vegan Loaded Fries, we’ve created an American plant-based feast for the whole family to enjoy.

Check out what BOSH! thought when they tried the menu… 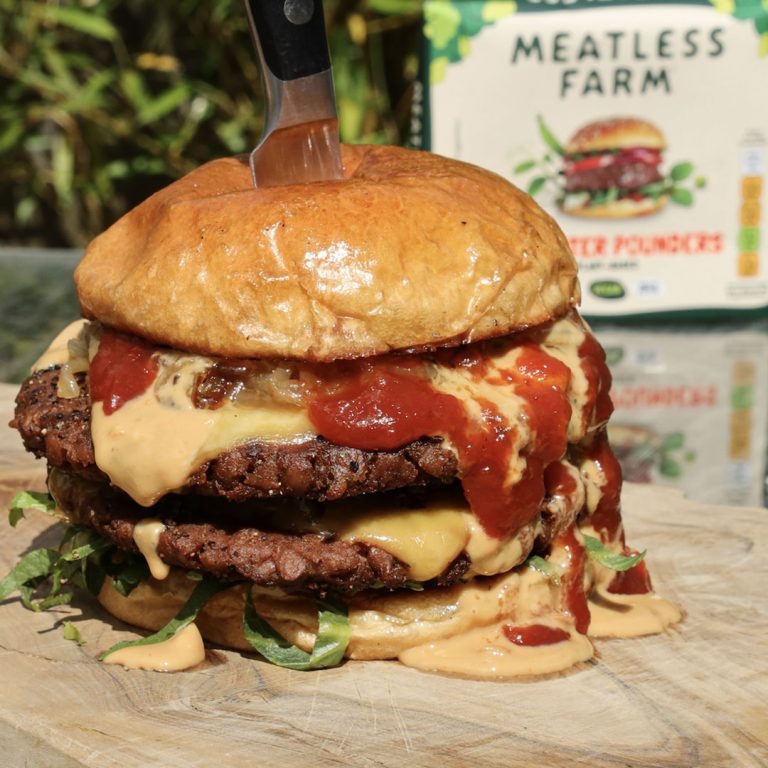 Bish, bash BOSH! Level up your BBQ game and tuck into this decadent Peanut Butter and Chilli Jam Burger. Messy fingers are guaranteed! 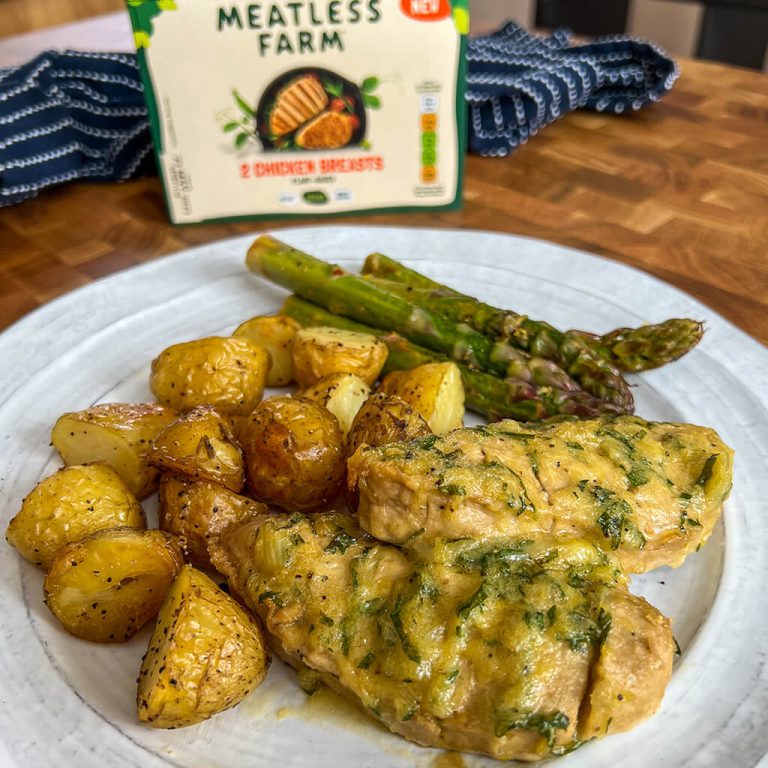 This receipe is an absolute winner. Meatless Farm Plant-Based Chicken Breasts, gently sliced and then covered in a creamy, cheesy sauce, served up with seasonal veg.

Join today and get the latest news from Meatless Farm, including recipes from ambassadors like BOSH!…